IEEE ANTS is a premier IEEE forum on advanced networking and telecommunications topics. IEEE ANTS is financially and technically supported by IEEE Communications Society. The distinguishing characteristic of IEEE ANTS is the promotion of an intense dialogue between academia and industry to bridge the gap between academic research, industry initiatives, and governmental policies. This is fostered through panel discussions, keynotes, invited talks, and industry exhibits, where academia is exposed to state-of-the-practice and results from trials and inter-operability experiments. The industry, in turn, benefits from exposure to leading-edge research in networking as well as the opportunity to communicate with academic researchers regarding practical problems.

Goa is a well-known and popular hotspot on the tourist map of India and the world. The name immediately brings to one’s mind the lush green meadows, hills and valleys, the sea and its attractive beaches. This charm and beauty sets the right ambience for BITS, Pilani K K Birla Goa Campus, an Institute of excellence in Technology and Sciences. 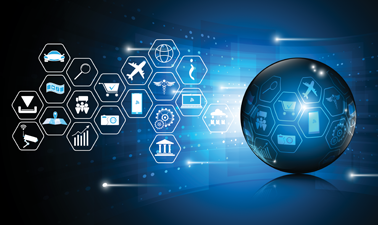 theme is “BRIDGE TO CONNECT EVERYTHING”. Today’s technological advances in Wireless Sensor Networks, Internet of Things or Cyber Physical Systems are generating more and more possibilities to combine numerous devices, networks and systems with the existing physical world. Future generation technology should be based on development of the bridge to connect almost “everything” of the digital world with “everything” in the physical world to create more interactive, smarter, better and unique environment for the user. This would definitely involve innovations in every aspect of engineering such as development of devices, sensing and communication techniques, networking and data processing algorithms, energy utilization, safety and security considerations and so on. Next generation technology will be ubiquitous communication and networking technology encompassing multiple platforms, systems and services. It will offer spontaneous and autonomous networking while being aware of user requirements and network’s quality of services. In addition to the myriad of topics mentioned in the list below, technical papers are invited which have special focus on enabling technologies for a hyper-connected world. IEEE ANTS 2019 will be held at BITS Pilani K.K. Birla Goa Campus, one among the six institutes of  eminence identified by the Government of India. The theme of the conference will foster an environment for deliberating on different research aspects on the said topic.

Authors can submit short (4 pages) and regular (max 6 pages) papers that contain original material which is not currently communicated in other conference or journal, and has not been previously published. Potential research topics include (but not limited to) following thrust areas.

After review, all accepted and presented papers, will appear in IEEE Xplore and indexed in SCOPUS, Google Scholar and other major indexing. There will be a few workshops co-located with the conference. Proposals to organize workshops in-line with the theme and main conference are also encouraged. In addition, those interested in the conference are also encouraged to submit proposals for tutorials and PhD Forum.

Limited funds are available for students to travel to the conference for paper presentation and participation.

The Birla Institute of Technology & Science, BITS Pilani is an all-India Institute for higher education. The insitute is one among the six institutes of eminence identified by the  Government of India. BITS  Pilani has campuses in Pilani,  United Arab Emirates, Goa, and Hyderabad.